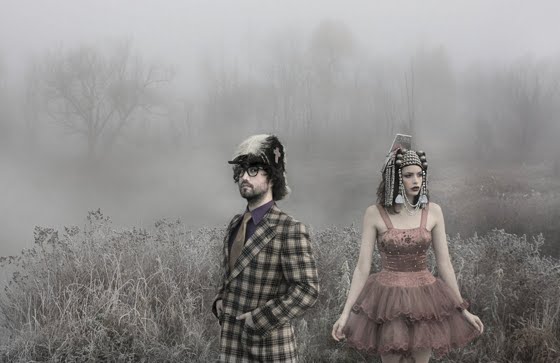 It's been a little while since my last update about the Nelsonville Music Festival, but with May quickly approaching, I thought I'd round up some of the more notable artists that have been announced over the past few weeks.

The first on that list is The Ghost of a Saber Tooth Tiger, a collaboration between Sean Lennon and his girlfriend Charlotte Kemp Muhl. The duo will bring their breezy folk tunes (and Beatles heritage) to the stage on Saturday. Also appearing on Saturday will be the local boys in Southeast Engine, fresh off the release of their latest folk-rock opus Canary.

Other recent additions to the line-up include James Gang devotees Mount Carmel, Canadian folk singer/songwriter Doug Paisley, brother of Bonnie 'Prince' Billy and a wonderful musician in his own right Ned Oldham and his band Old Calf, and the subdued sounds of Cincinnati's Over the Rhine.

Head over to the festival's website for a complete list of confirmed artists and to buy tickets for what is sure to be one of the most exciting weekends for music in Ohio in recent memory.
Posted by Zach L. at 4:56 PM