On the Radar: Errors "Come Down With Me" 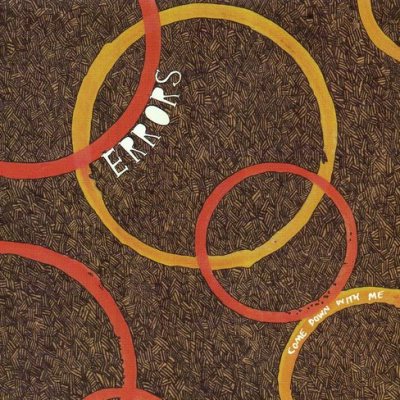 This side of the pond has missed out on the entirety of the catalog from Mogwai-founded Rock Action Records, which has put out a steady stream of releases in the UK since its inception. American audiences will be introduced to the label's offerings later this month when current Mogwai tourmates Errors unleash their latest full length Come Down With Me on April 12.

While Errors dabble in the same sort of atmospheric post-rock as their label's founders, the group's self-dubbed 'post-electro' sound finds them layering many of their instrumentals with thick layers of synth and other assorted electronics. Tracks like "A Rumour in Africa" and "Supertribe" exhibit an almost dancehall-like feel that falls in line with the work of bands like Holy Fuck and Ratatat. Conversely, there are moments on the record that sound like cast-offs from Mogwai's latest release, namely the ambling "Sorry About The Mess." It's this diversity that makes Errors' inaugural US release so exciting—a group whose execution is as consistent as its chameleon-like tendencies. A small taste of what's to come from Rock Action? I sure hope so.

Email ThisBlogThis!Share to TwitterShare to FacebookShare to Pinterest
Labels: errors, mogwai, on the radar, rock action