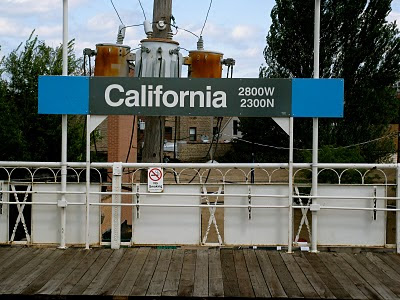 It's been about two weeks since my summer residence in Chicago stopped and my Ohio-based life began anew. I'm still not entirely at ease with being back, there are a ton of things about the city that I continue to miss. But there's no use in moping—I had one of the best experiences of my life and learned quite a bit about what I might want to do with myself after this whole education of mine comes to its logical conclusion. Having what amounted to an all-access pass to just about any concert or event I felt like attending certainly didn't hurt either. I wanted to do a short wrap-up of my last few weeks in Chicago—which is exactly what I'm about to do. 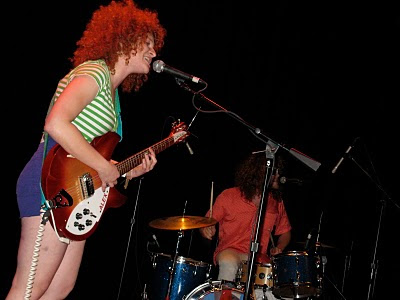 Towards the end of August I got the chance to catch one more White Mystery show at Lincoln Hall—hands-down my favorite place to see bands in Chicago. Their set stuck pretty close to what I'd seen a bit earlier in the summer, but the unabated garage-band energy these two put forth makes it work, even on repeat viewings. Honestly, it's just awesome to see Alex White up on-stage yelling into a mic and trashing at that beautiful Rickenbacker guitar. They're doing a ton of shows around Chicago in the coming months, if you're in the area you have no excuse not to see them.

I also had the chance to make it over to Schubas—although sadly I arrived too late for one last bowl of their glorious mac and cheese—to see Lou Barlow and Wye Oak. The latter are a band who's music I'm totally familiar with, but whom I was somewhat surprised to discover to be a duo. They always struck me as at least a trio, but I suppose that's just a testament to how full they can sound thanks to one of them pulling double duty on drums and keyboard. The raw, almost alt-country sound served as an admirable lead-in to Lou Barlow's eclectic set which transitions between delicate acoustic ballads and loud, straight-ahead rock. It was pretty cool seeing the Dinosaur Jr. bassist in action with the Missingmen, turning in tracks from their Sentridoh III EP. For pictures and further thoughts, kindly direct your gaze to the post I wrote for the TOC blog. 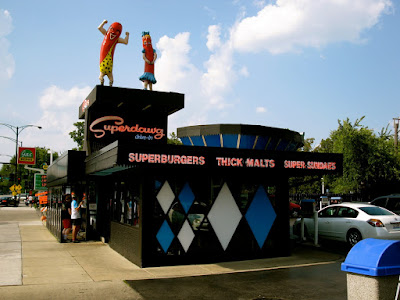 During my last week of Chicago residency, I finally made a trip to famous Superdawg drive-in, a hot dog joint so iconic that it served as the backdrop for a particularly awesome Wilco photoshoot. While I can't say it was one of my favorite hot dogs—that honor still, and will likely forever, belong to Hot Doug's—it was pretty damn good. More than anything, it's really kind of amazing that a place like this still exists but I'm sure we have many Food Channel specials and its great local reputation to thank for that. 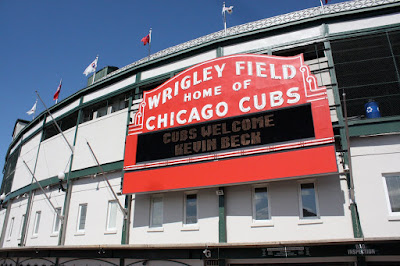 Throughout my last week at Time Out I was one of the only interns left, so I was assigned the (at times, arduous) task of taking photos for a feature in the magazine that mapped out walking tours based around locations shown in movies. It turned out to be a pretty good way to spend some of my last days in the city—seeing some sights I was already familiar with and making my way to some new corners of town. I walked through the High Fidelity tour of Wicker Park, took a jaunt through the sports-centric locations in Wrigleyville and completed an extremely long romantic comedy-themed journey down the Gold Coast. All in a day's work for this intrepid pseudo-photographer.

My last day at the office, a couple of the guys from Someone Still Loves You, Boris Yeltsin came in and did an in-office performance which you can see over on the TOC blog. They were nice enough to invite me to their show later in the evening, so I ended up getting one more chance to see a show at Lincoln Hall before hitting the road. I caught a set from co-headliner Telekinesis, a band that seems to have matured quite a bit since their Merge records debut. SSLYBY's set was the highlight of the night, heavy on tracks from their brand new record Let It Sway. I can't say I've ever kept track of this band in the past, but I'll definitely being keeping my eye on them in the future—years on the road have molded this group into an extremely tight and fun live act. After a few Schlitz and some words with the SSLYBY boys, I bid Lincoln Hall goodbye (for the time-being).

My last night in Chicago was—oddly enough—spent with a bunch of folks from Athens who were in town visiting friends. It got me pretty excited about getting back home, so I guess it was somewhat opportune. Regardless, I miss all the great folks I met, and all the places I became accustomed to hanging out at. If nothing else, this summer solidified my resolve that Chicago is definitely the place where I can see myself ending up. I'm extremely grateful that things panned out the way they did—Marvel, I think you actually did me a favor by rejecting me (water under the bridge, I'll still read your comics). But, like I said, there's no use in moping about it, I've got some great memories, and I'll be back soon enough.