And it's That Time 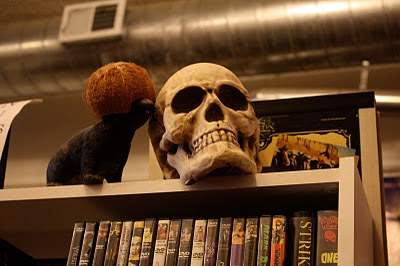 It's just about that time folks. I'm winding down my stay here in Chicago, and in a little less than two weeks I'll be heading back to my little academic corner of the Midwest. As usual, I've been keeping myself busy and making these last few weeks count. 'How?' you might ask—but probably don't. Like it or not, I'm about to tell you.

The week before last I went to the midnight screening of Scott Pilgrim vs. The World at the theater down the road. I really enjoyed the movie, despite how much of the story was exorcised in order to fit into a two hour run-time. It captured the feel of the books pretty well, the music was spot-on and the editing and sound cues were transcendent. Nothing can top the books, but the film is an admirable distillation of what makes them so fun and unique. 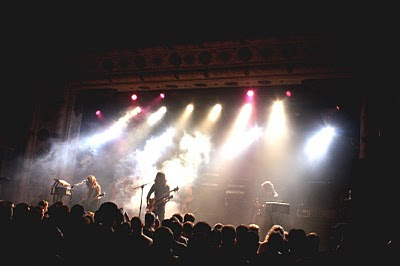 The next night I made my first trip to the Metro to see Boris and Russian Circles. The latter opened the night with 45 minutes of uninterrupted heavy instrumentals, creating a huge sound that defied the mere three people on-stage. Boris' set was equally impressive, finding the band weaving through their expansive back catalog and delivering beefed-up versions of tracks I was both familiar and unfamiliar with. I did a review of the show for the TOC blog, and you can see some more of my photos there as well. 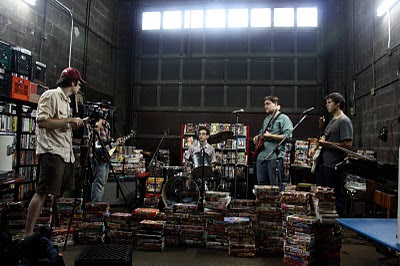 Over the weekend, I had the pleasure of helping out on a video-shoot for my friend's band Percolator. We filmed for about half a day in the backroom of an insanely cool video rental store called Odd Obsession. They had a huge stack of pre-millennial VHS porn laying around back there, so naturally we arranged it around the band, incorporating it into the video. I've seen the final cut, and it turned out beautifully, thanks largely to the work of the incomparable Brian Wiebe. The band is going to be premiering it on their website next week, and I'll be doing a piece on the TOC blog about it, so keep your eyes out. 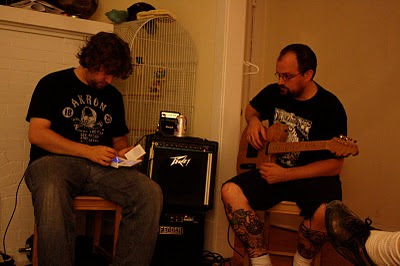 Last Tuesday, I had the extremely strange experience of seeing a band from my adopted hometown of Athens here in Chicago. Ambient-drone-experimental duo Weedghost were on a short Midwest tour and stopped through Logan Square to do an extremely intimate set in the Wiebe living room. These guys opened for Man Man at the Nelsonville Music Festival this past year, and I've seen them in various venues around town throughout my three years as a student, but never did I think I would be witnessing them in a Chicago living room. I really enjoyed their sets—both of them—and I look forward to another year of Weedghost in Athens. 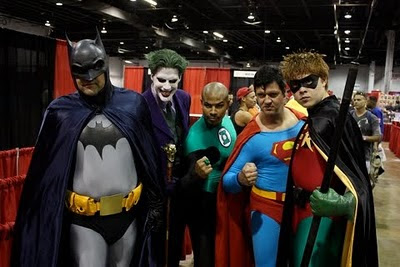 This past weekend, my good friend Aaron made another trip from Ohio to join me at Wizard World Chicago Comic Con. I did some photography and light coverage of the event for Time Out, but mainly I was just there to nab some good deals and see what it was like to go to such a big Con. Wizard World is an odd beast; it's not really a comic book convention—although that is definitely the main ware being sold—as much as it's a pop culture celebration. There wasn't much in the way of comic book-related guests, but there were plenty of TV and movie stars, including William Shatner, Patrick Stewart and Jake Lloyd. Oh, and former Illinois governor Rod Blagojevich also showed up for pictures and autographs. I had a pretty good time taking in the cool costumes and thumbing through discounted trades and back-issues, but I missed the panels and actual comic talent that come with some of the larger Cons. I think I may be making my way back to Chicago for C2E2 this coming Spring to get my fix...

This will likely be my penultimate post before leaving this neck of the woods for a while. In the meantime, I'm planning on seeing Lou Barlow, White Mystery and Telekinesis before head back east. Bring your tissues next time, things could get a little heavy.
Posted by Zach L. at 10:35 PM