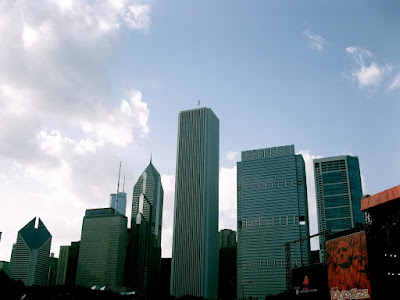 I've decided to split my review of Lollapalooza into parts, mainly because of the epic post-length that would have resulted had I not (and no one wants to read something that daunting). I think you'll enjoy my ramblings and recollections much more thoroughly in smaller, more succinct doses. If not, feel free to start from Friday's review and work your way through all three in one marathon sitting (or choose your own adventure and mix and match—there are no rules!) 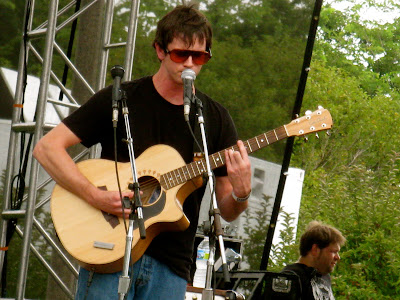 Saturday morning started off with a set from Mimicking Birds, who got the dreaded inaugural slot of the day and the small crowd of groggy attendees that comes with it. I was reminded of last year's performance by Low Anthem, who played the exact same stage at the exact same time. Thankfully, the band's spirits didn't seem to be dampened and they profoundly thanked all in attendance before launching into a set culled predominantly from their debut self-titled release. I still can't get over how much lead singer Nate Lacy sounds like Issac Brock—who produced and released Mimicking Birds first record on his Glacial Pace imprint. Even the band's songs sound a bit like old Modest Mouse tracks, which is nice seeing as Brock's current output shies away from his former sound. "Burning Stars" and an encore performance of "Pixels" were the sets shining moments, providing a subdued start to another full day of music.

Next I caught the majority of Rogue Wave's set, a band that—to be honest—I've never really gotten into. Even so, I definitely prefer their older records to their latest, Permalight, which tries really hard to change up the group's formula with the addition of some electronic flourishes, but ends up failing miserably. Unfortunately for me, much of the set was drawn from that album. We did get the obligatory rendition of "Lake Michigan," a song which must have been in a car commercial at some point, because whenever I hear it I picture a minivan driving down a winding road. Then again, maybe I'm just crazy. 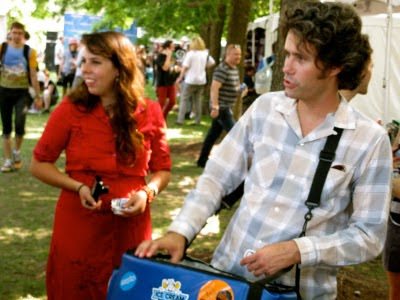 While I was in the press area later that afternoon I was subjected to a good part of Blues Traveler's set. They opened with "Runaround." I don't even know why they were invited to play Lollapalooza—I'm pretty sure they lost all cultural relevance many, many years ago. And there's really only so much you can take of those constant harmonica solos. Oh, and to cap it all off, they did a god-awful cover of Radiohead's "Creep." On the plus side, Ice Cream Man was backstage handing out his usual selection of free, frozen treats.

When I descended back into the festival, I made my way over to Gogol Bordello's set for a little taste of his high energy gypsy punk. I can't say I'm a big listener of his records, but his live shows are in a category all of their own. People get really into the whole vibe of it, meaning plenty of crowd surfing and moshing. And where else do you get to see a guy seriously rock out on an accordion?

I made my way across the fest (next year I suggest installing moving walkways) to catch the last half of Grizzly Bear's set. They sounded alright, but I really think they're a far better band to see indoors. Their music really needs a space to reverberate in and bounce off of for the full effect. That being said, I did really enjoy the version of "While You Wait For the Others" that they played. After they were finished, I turned around 180 degrees to see a little bit of Metric's performance. They opened with their Scott Pilgrim vs. The World track "Black Sheep," so for a couple of minutes I got to pretended I was at a Clash at Demonhead show—it was awesome.

I actually had quite a bit of work to do the rest of the day, although I did step out into the crowd for about 20 minutes of Green Day's set. Those 20 minutes were pretty enjoyable, but then reality set in and I realized I was at a modern Green Day show. To their credit, I think they played every song worth hearing, although they did have a two hour and 15 minute set to fill. They had a little kid do a stage dive over a 15 foot photographer's pit—that was pretty great. I'm sure my middle-school self would have loved to have stayed for the entire show, but the Zach of the Present was more interested in getting over to Phoenix. 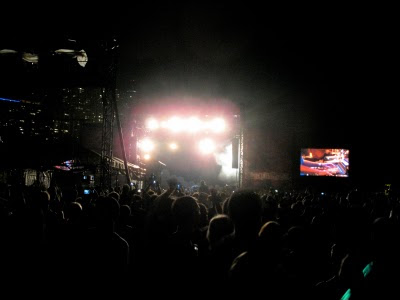 How did the Frenchmen fare? Pretty damn well, judging by both the audience's reaction and the grin on my face. Most people (myself included) only got into Phoenix thanks to their breakout record Wolfgang Amadeus Phoenix, so it stood to reason that their set was mainly derived from that album. I particularly enjoyed the combo of "Countdown" and "Rome" towards the end of their main set. When the band came back out on-stage, they launched into a short cover of Air's "Playground Love," before delivering the night's final blow. When the opening strains of "1901" started playing, the crowd erupted. I witness two people climbing the scaffolding on the sound booth in front of me, one of them waving a French flag. The lighting for the song replicated some of that weird interlaced scanning-lines stuff from their cool music video. I know for sure that this song was in a car commercial. I don't even care if that's why everyone recognized it, it was still a damn good way for these guys to end the night.
Posted by Zach L. at 9:03 PM