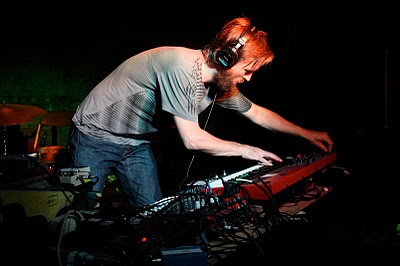 This past week started out with a BANG at the Scott Pilgrim's Finest Hour release party at Challengers Comics in Bucktown. I mingled with the costumed attendees (I like to think my plaid attire and scruffy facial hair was a respectable attempt at a Stephen Stills get-up) and sipped on a soda that gave +1 to Will. At midnight, the books went on sale and I nabbed a copy and headed home to read. I have to say, O'Malley really outdid himself with this one. The ending was pretty perfect; so much so that I hear Edgar Wright re-shot the ending of the upcoming movie to match it. It's sad that it's over, but it's nice that it went out on such a high note. The launch at Challengers got covered by Bleeding Cool (check out my shoulder in the fourth pic down!) and the TOC blog (and I didn't even have to write it!) 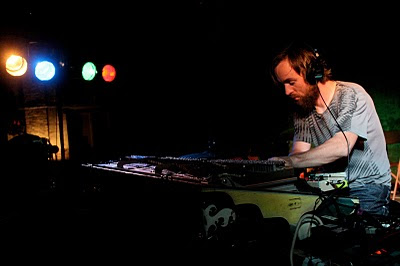 Over the weekend I braved the flood waters (we got something like 7 inches of rain here in Chicago) and ventured out to Pullman to check out the Backyard Film and Music Festival. I think the weather scared quite a few people off, as the whole event wasn't nearly as well attended as it should have been. Dosh was the reason I showed up, and he did not disappoint. This was actually the first time I've seen him perform completely solo, and the experience was quite different. He strayed away from much of his newer material (most of which relies heavily on the talented Mike Lewis) in favor of older tracks such as "Steve the Cat" and "The Lost Take." Much of the set was made up of tracks that I didn't entirely recognize, including one really interesting song that featured a very cool choral loop. It seemed off the cuff, although I suppose these might be new tracks that Dosh is still fiddling with, seeing as this appearance was a one-off gig. Regardless, it was a real treat to see him for my third time this year (with a fourth on the way... he's touring with Baths this fall and they're hitting Cleveland and Cinci). Oh, you can check out more pictures and thoughts in my TOC blog post. 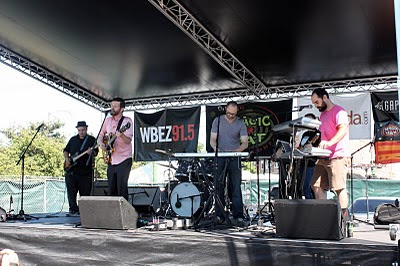 The following day I made my way down the road I live on for the aptly named Milwaukee Avenue Arts Festival. I checked out some galleries, but the real allure of the event was an appearance by Detholz! in Logan Square. I haven't seen these guys since they opened at the first Wilco show I ever attended, but I've kept tabs on them over the years, and their Who Are The Detholz!? LP is still a favorite of mine. Unfortunately, they didn't play any songs I knew ("Sunburned in the Sun" would have been so appropriate!), but the tracks they did play were pretty great. Once highlight of the set was a tune called "Catherine Zeta Jones" which was an ode to T-Mobile. I was surprised to hear that the band actually started out and is still based in the Logan Square area (I knew I moved here for a reason). It was a nostalgic trip down memory lane, and I only hope that I'll cross paths with a Dethole again sometime soon.

But that's not where the reminders of good-times past ended! Alex White, formerly of Miss Alex White and Her Red Orchestra (a Detroit-based group that opened many a Columbus show in the days of my youth), was also playing the fest as part of a brother-sister duo called White Mystery. They're alot like the White Stripes, except they're actually brother and sister, and the gender-to-instrument roles are reversed. It's the same kind of hard-hitting garage-soul-rock that Miss White has always delivered, and it definitely took me back. They're out on tour right now, so catch them if you can before they come back to Chicago at the end of August to ease the suffering that the prospect of leaving this town is going to inflict upon me.

Well, I've said entirely too much. In just a few hours, my good friend Danny Clay is coming to visit my humble abode for a few days. We're going to be seeing Tortoise at Millennium Park on Thursday and checking out the madness of Wicker Park fest this weekend. Oh, and I'm going to use his visit as an excuse to visit Hot Doug's one more time before Doug goes on vacation for the majority of August. Until next time...
Posted by Zach L. at 11:41 PM