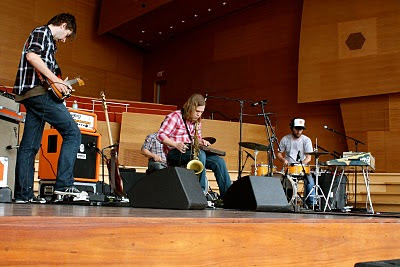 This past week started off with a one-two punch of musical goodness. First up: my second favorite artist/band Dosh played a lightly-attended free show at Pritzker Pavilion in Millennium Park. Joining Martin Dosh on this particular occasion was his regular touring partner, Mike Lewis of Happy Apple, as well as frequent collaborators Jeremy Ylvisaker and JT Bates. The quartet turned in some beautiful renditions of tracks like "Airlift" and "Call the Kettle", all of which sounded pretty great reverberating in the pavilion's cavernous stage. I can't say it was as great of an experience as seeing him for my first time in Cleveland earlier this year, but it was certainly a treat to see him again so soon with a larger group of performers. 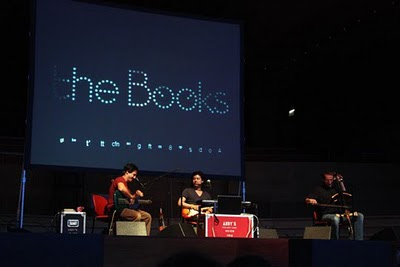 Later that day, it was back to Millennium for a performance by collage-rock duo The Books. It was very interesting to hear how some of the newer tracks had evolved since my last time seeing the group early last year. Judging by their sizable draw and the crowd's reaction, I really think their next record is going to find its way into the hands of a lot more people. You can read my review of the show and see a few more of my photos over on the TOC blog. 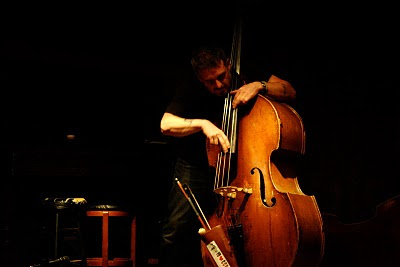 Wednesday night was almost a wash-out, with some pretty huge storms hitting the city. Luckily, things died down enough for me to make my first journey to the Hideout, one of the venues I've been itching to visit since arriving in town. While there, I took in an evening of bass duo, trio, and quartet performances featuring Devin Hoff of the Nels Cline Singers. I enjoyed it so much that I plan on coming back next Wednesday for a show featuring, among others, the illustrious Fred Lomberg-Holm. For a few more shots and details on the evening, click over here. 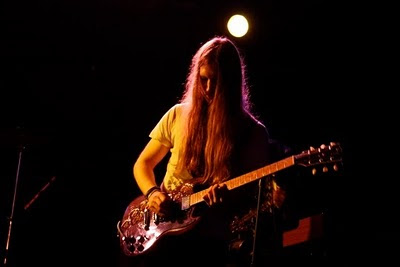 On Thursday I headed back to the Double Door to see Sleepy Sun and Mondo Drag. I was pleasantly surprised by the latter; I'd never heard of the group before, but their performance was the night's best. As usual, you can find more photos and thoughts right over here. 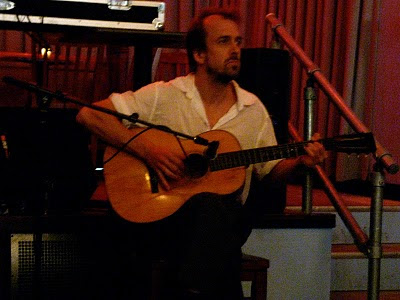 Friday found me attending the giant smorgasbord known as Taste of Chicago, where I got try my hand at both food photography and criticism (I like food too much to speak badly of it). Later that evening I took a short walk down the street to the Whistler to catch former Wilco-member Leroy Bach on solo acoustic guitar. These days he's doing finger-picked material very remincent of John Fahey and Jim O'Rourke circa Bad Timing. I got a chance to chat with him after the show, and he suggested an upcoming Cairo Gang concert that I hadn't even heard of; what a nice guy! 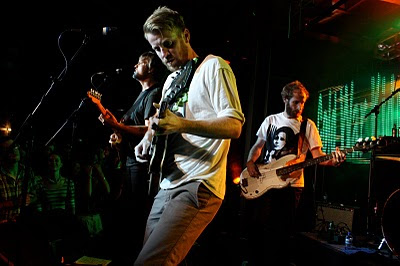 Last night I got the full 'press-experience' as myself and another intern were let loose on an event presented by Heineken that featured performances from Matt & Kim and Cold War Kids. It was interesting to say the least; we had to be accompanied by a Heineken rep whenever we were shooting photos and we were given time restrictions when photographing the bands. The event itself was in a refurbished warehouse, decked out with all manner of lights, screens, and projectors. I certainly felt like a real reporter (blogger?) being shuttled around from spot to spot, conducting interviews, and taking tons of pictures. It also didn't hurt that the event included free Chicago-themed food and all the Heineken you could drink. You can take a look at our coverage over here.

Right now I'm eagerly anticipating the On Fillmore's appearance with Nels Cline tomorrow at Millennium Park. Should be a great show; I'm interested to see how they incorporate Cline into the group. More dispatches from Chicagoland as time allows, thanks for reading!
Posted by Zach L. at 9:03 PM