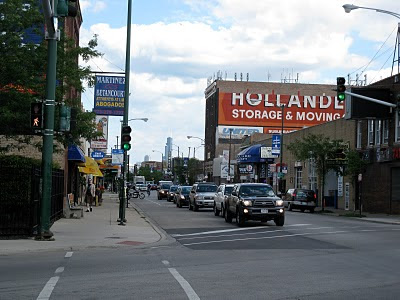 Just over a week into my summer stay here in Chicago and I've already seen some amazing live performances, eaten a boatload of good food, and done enough writing to (almost) make up for my neglect of this blog. I'm living in the Logan Square area, just steps away from the delicious Revolution Brewing and the intriguing Bucket O' Blood Books and Records. I really love the neighborhood, it's far enough removed from the hustle and bustle of downtown, but I can still see the skyline from my window. 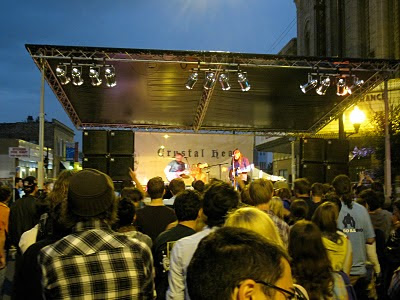 My first weekend here, Akron/Family played a show directly down the street from my place as part of the Metronome Celebration street festival. It was a wet and rainy Chicago night, but it didn't seem to dampen the spirits of anyone in attendance. The band played a couple of older tunes, but mostly they used the one-off gig as an opportunity to road-test a number of new songs off their forthcoming record. It was a nice way of getting acclimated to my surroundings, and what's better than having to walk just a couple of blocks home after a show? 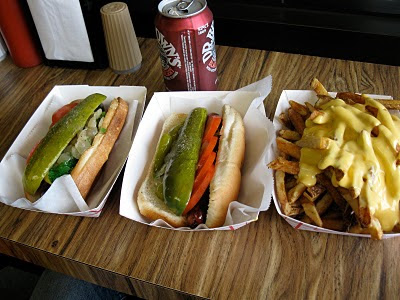 My first Monday in town started out with a pilgrimage to the legendary Chicago hot dog joint Hot Doug's, where I waited in line for just over half an hour for the privilege of ordering from Doug himself. And the hot dogs? Absolutely delicious; definitely the best Chicago-style hot dogs I've ever had. I got The Dog with all the fixin's as well as a gamey beef, pork, and garlic sausage called The Marty Allen and a heaping order of cheese fries. While in the area, I also walked by the metal-themed burger joint Kuma's Corner, which I also plan on visiting sometime in the near future. 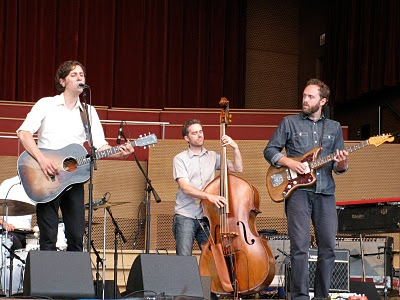 Monday ended with a free show at Millennium Park's Pritzker Pavilion, where I got to take in a sets from Toronto's Great Lake Swimmers as well as Afrobeat drumming legend Tony Allen. It was all part of the park's wonderful Downtown Sound: New Music Mondays series, which will be bringing acts like The Books and On Fillmore into the park in the coming weeks. 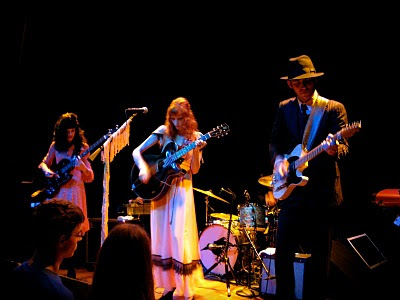 Tuesday was the start of my internship at Time Out Chicago, where I'm working in the web editorial department. My job involves writing stories and reviews for the Time Out Chicago blog, doing some light coding on the website, and attending events to photograph and review them. On my first day, I got to go out and conduct a short video interview with George Wendt, the actor who played Norm on Cheers. I also got to attend and review my first concert at the beautiful new Lincoln Hall. The headliner was Karen Elson, the wife of Jack White who recently released her debut record; you can read what I thought about her over on the TOC Blog. 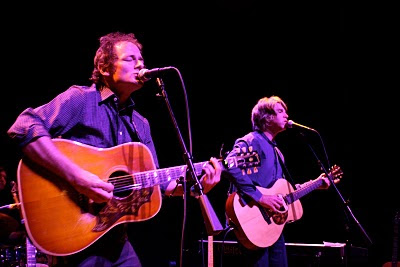 My next assignment from Time Out was a dream come true; I got to photograph and review the Autumn Defense at their Lincoln Hall show. The first time I ever laid eyes on anyone from Wilco was during an Autumn Defense in-store at Used Kids Records prior to the 2005 Wilco show at Mershon Auditorium. These guys were my live introduction to all things Wilco, so it was oddly appropriate that they were the first show I got to provide full coverage on for Time Out. The show itself was excellent, they played some old favorites of mine as well as debuting some new material, but you can read more about it here. The biggest thrill so far has been seeing links to my review and photos pop up on the Autumn Defense's and Wilco's Facebook and Twitter feeds; it's an immensely gratifying gesture from a group of people I respect very much. 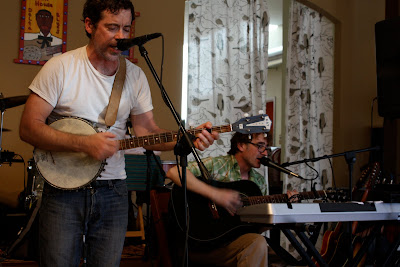 Friday night I went and photographed an awesome Milwaukee soul outfit call Kings Go Forth at Double Door in Wicker Park, the results of which can be viewed here. Yesterday I took a short jaunt over to the excellent new Saki Records for an in-store from Chicago's own Califone, then headed out to the south side of Chicago to see performances from Tinariwen and Mos Def as part of the Takin' it to the Streets festival in Marquette Park.

This evening I'm headed out to the Taste of Randolph Street festival to catch a reunited Superchunk. As you can likely guess, I'm really enjoying my time here in Chicago. I've already had some amazing opportunities, and I suspect that there are more on the horizon. I'm going to try to keep weekly updates to this blog coming, but if you want to follow my work a little more closely just click over to my author page on the TOC Blog.
Posted by Zach L. at 12:24 PM