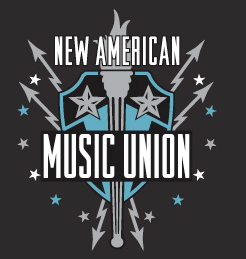 Ever since the rebirth of Lollapalooza and the rise of Coachella and Bonnaroo, summer music festivals (most bearing names that are entirely made up words) seem to have become the preferred way to see live music in the summer. I'm still not sure how I feel about the trend; festivals are certainly a great way to see a ton of bands in one place at an affordable price, but with that comes a huge influx of people and the over-stimulation that comes with seeing 10+ acts a day. I'm coming to terms with reality though, especially in light of yesterday's announcement that Pittsburgh will be playing a host to a new festival dubbed The New American Music Union, a 2-day fest presented by clothing company American Eagle. The lineup includes Bob Dylan and his Band, The Raconteurs, The Black Key, The Roots, Gnarls Barkley and Spoon and a smattering of college bands from across the US. Not too shabby for a first effort, though the line-up can likely be credited to curator Anthony Keidis of Red Hot Chili Peppers fame, not a corporate conglomerate's musical savvy (although I don't doubt they have some). What makes this all really attractive is the pricing structure; $25 bucks and a student ID nets you tickets to both days and a free t-shirt (hooray!), while those not attending school will have to pony up $50 for the same package. They're certainly trying to attract a very specific demographic, and they'll doubtlessly succeed at a price point like this. I'm definitely planning on attending, if only for the chance of seeing Danger Mouse perform Attack & Release tracks with The Black Keys. If nothing else, this is a pretty affordable alternative to Lollapalooza, much like the ill fated and under-attended Kuyahoga fest held at Blossom a few years back. Tickets went on sale a few hours ago, and the dates for this fest are August 8 & 9.
Posted by Zach L. at 10:01 AM

I think this is so cool, but I don't see it succeeding. Kuyahoga was such an awesome festival and failed because of location. Pitt. hardly seems more advertising than Cleveland. The reason Lollapalooza attracts so many people is far beyond the money aspect. Chicago is a beautiful city and when people look at the lineup of bands and see plenty of bands they want to see, the festival brings in people from all over the country because it acts as a vacation too. The lineup for The New American Music Union is really good and at a price that is truly impossible to beat. It's cheaper than seeing just Bob Dylan on his last tour. We will see how things go and if it will become a staple in the festival line up or just another flash in the pan of American festivals.