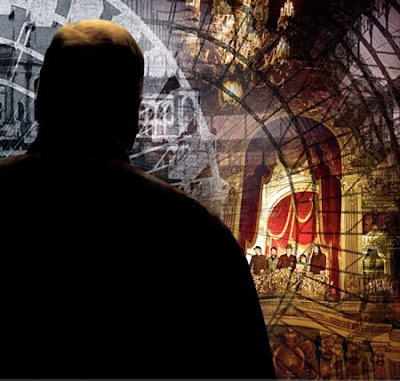 I know this news is a few weeks old, but is anyone else still a little surprised that My Morning Jacket will be playing on Saturday Night Live next week? I've been pretty pleased with their musical offerings this season; gone are the pop-stars of the week that pretty much dominated the show throughout the 90s. While we're on the subject of MMJ, I guess it's pretty common knowledge by now that their forthcoming June 10 release, Evil Urges, has been leaked onto the web for a few weeks now. An unfortunate situation, considering the band sent an e-mail to fans just a few days before the leak touting patience and good old-fashioned record releases where everyone hears the album the day it comes out. They even offered up an MP3 of the album's title track in attempt to appease bloggers and the like. But alas, someone with a promo copy evidently didn't feel the same way. So far, my impressions of this new record are pretty mixed. None of the tracks have really jumped out at me the way songs from the previous two albums did. I hate to say it, but at times it almost seems like the band was playing it safe with with one. My favorite of the bunch so far is "Remnants" which sounds like a natural evolution of the sound demonstrated on It Still Moves, still my favorite MMJ record to date. I'll reserve final judgment until the physical release hits store, but my initial impression is that this album is not quite what I was expecting from the group after a career defining effort like Z. 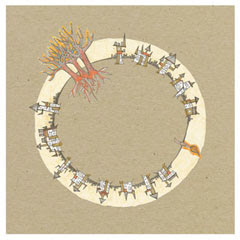 While we're on the topic of upcoming releases, I can't help but bringing your attention to Martin Dosh's newest full-length on Anticon, Wolves and Wishes. So far, only one track has made its way onto the web, but it's a great taste of what's to come. Those familiar with Dosh's last release, 2006's The Lost Take, will feel right at home with the new track entitled "If You Want To, You Have To". It's one of the coolest songs I've heard this year, and definitely leaves me wanting some more. Fortunately we won't have to wait long as this record will be released May 13, with extensive touring to follow.

Email ThisBlogThis!Share to TwitterShare to FacebookShare to Pinterest
Labels: dosh, my morning jacket