Another journey to the various venues and haunts of New York City is complete and after a few day's worth of much needed rest, it's time to reminisce. Going into this year's CMJ, my goal was to come away from the event having seen at least one band that I absolutely dug but had previously never heard of. By the end of the festival, there were three such groups that stuck out in my mind— bands whose recordings I immediately sought out in the drowsy days following all the madness. I've compiled them here, along with links to their recorded output for your listening pleasure. 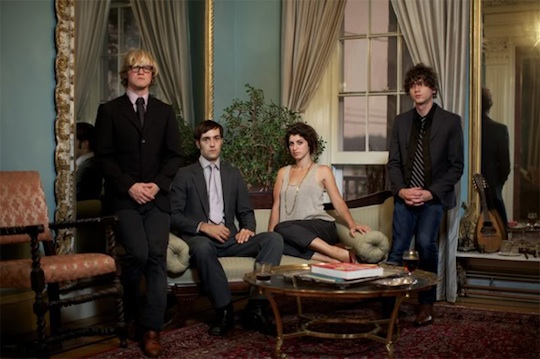 After a day full of delayed flights and plenty of time spent sitting on tarmacs, I stumbled into Paste's Afternoon Delight Party at the Living Room just in time to catch the majority of a set from Portland's Radiation City. Sporting dual keyboard players and an exceedingly tight rhythm section, the quintet delicately made their way through a selection of songs from their full-length debut, The Hands That Take You. On the record, the group's subdued, dreamy melodies float atop electronic flourishes, while in concert, the addition of a second female vocalist brings lead singer Elisabeth Ellison's lyrics to the forefront, creating a sound not wholly unlike a twee-inclined iteration of Stereolab. The precise, staccato delivery of "Babies" made it the standout track of their set, reaffirmed just days later when I caught the group a second time at Distiller's showcase at the Knitting Factory. The set's comparatively booming sound showed yet another side of the band, demonstrating a versatility that's impressive to hear coming from such a young act. 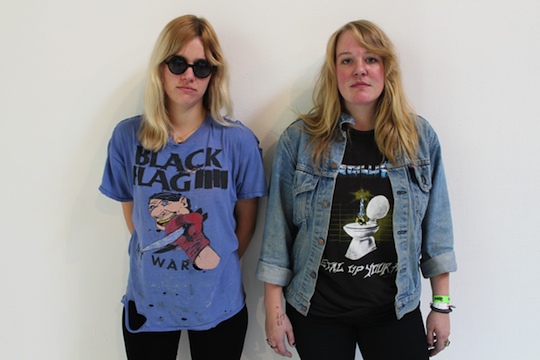 Stepping into the Fader Fort on Friday afternoon, I was immediately greeted by the strummy, garage rock sounds of Bleached. Fronted by sisters Jessica and Jennifer Clavin, formerly of LA art-punk group Mika Miko, the girls' newest project focuses on straight-ahead compositions not unlike those of contemporaries the Dum Dum Girls. The pair's genetically harmonized vocals blended pleasingly over vaguely familiar riffs, calling to mind some sort of effeminate lovechild of the Stones and the Ramones. With just a small handful of 7-inch releases to their name, the set was a pointedly short run through their catalog. If I had to choose one track to suggest, it'd be "You Take Time" the bouncing B-side to their Carter single on ArtFag Records. These are future jukebox gems— treat them as such. 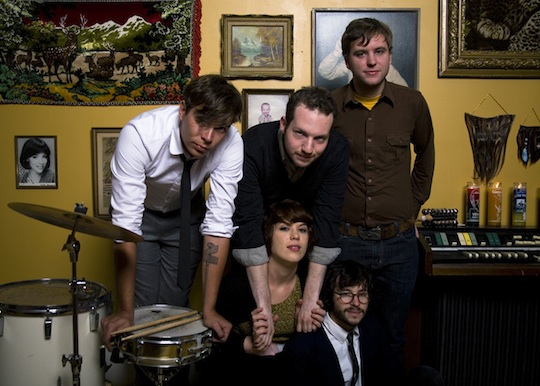 A late start at Consequence of Sound's party in the back room of Pianos on Friday night was the impetus behind my discovery of North Highlands. The five-piece Brooklyn-based band has been milling about the New York scene for some time now, but have recently released their debut record, entitled Wild One. The tightly packed showcase proved to be the perfect venue for the group's effervescent sound, inciting plenty of dancing to the high-hat heavy grooves of tracks like "Steady Steady." Vocalist Brenda Malvini's calmly delivered intonations crested over taut guitar riffs and the occasional violin phrase. As their California-derived name might imply, the east coast-dwelling group's music suggests a melancholic duality— contrasting their sunnier inclinations with the hurried pace of city life. Whether you're pining for palm trees or craving the urban sprawl, there's something about North Highlands that finds them equally comfortable in either setting (and everywhere in-between.)