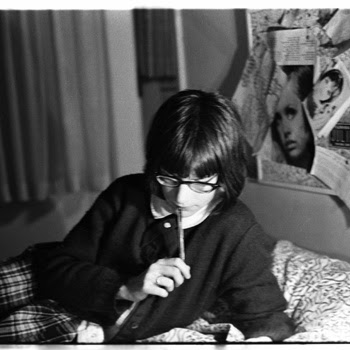 I'm of the firm belief that all great records have an equally interesting story behind them—some extraordinary set of circumstances or chain of events that provided the impetus for the specific groupings of lyrics, chords and songs present in the final product. White Noise Bed, the debut album from the Champaign-Urbana-based Santah handily falls into this category, betraying an underlying turmoil deftly disguised by lush arrangements and soaring harmonies. For all his lyrical ambiguity, frontman Stanton McConnell's sordid tales some across with an emotional sophistication that elevate them above the level of angst-ridden dribble. Recorded at Pieholden Suite Studios just after the death of founder Jay Bennett, White Noise Bed oozes with the sound of histories both circumstantial and misconstrued.

Appropriately enough, opening track "Irish Wristwatch" opens in a wash of distorted noise before settling into a steady cadence, fleshed out with picked strings and bolstered by droning strums. It's a disciplined approach which carries over throughout the majority of the record—Santah is not one to showboat. Their particular brand of folk-rock is arranged in a manner which gives an effortless air to what can only be described as a meticulously constructed set of sounds. Nowhere is this more evident than on "No Other Women," with its swelling organ and cascading piano keys, all set over a relentless bass line. A tenor of lamentation is evident from the opening strains, quickly affirmed by McConnell's lyrical acknowledgment of the woman who dug straight to his core.

A bit further on we come to "Chips of Paint," far and away one of my favorite tracks on the record, both as a whole and because of some of the moments it contains—from the twisting guitar part that accents the chorus to the unison guitar solo which builds up to the song's final breakdown. Another choice cut is the comparatively subdued "Merry Ann," which features McConnell's sister Vivian providing some spectacular vocal harmonies. The jangling closing number "Neighbors and Cousins," finds the group in a more playful mood—indulging in a somewhat cheesy spoken word interlude before extolling life's uncertainties with the rousing chorus of "Yeah, I don't know."

If there's one thing that separates this record from the never-ending pack of well-intentioned debuts, it's a sense of cohesion. The entirety of White Noise Bed sounds like a product of intense collaboration and studio craftsmanship—a collection of songs firmly grounded in a common narrative, however nebulous. I still don't know the story behind White Noise Bed and, frankly, it doesn't even matter. Whether it was a break-up, a bad day or just pure happenstance, the results certainly make for beautiful listening.