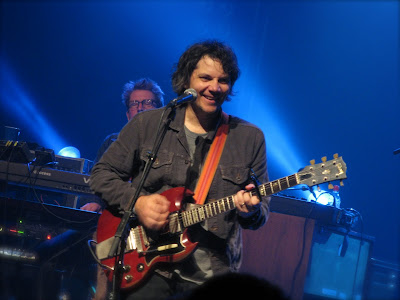 Going into my fifth Wilco show, I knew full well that it might not live up to some of the better experiences I've had seeing the group in the past. On the other hand, at this point seeing Wilco is like getting together with an old friend. I get to hear what's been going on as of late, and we do our fair share of reminiscing about the past. Seems like Wilco's been doing pretty well since we last crossed paths; they released a new album, took a trip to Europe, and did an awesome photo spread. In fact the thing that was most noticeable was what good spirits they were in, especially Jeff (just look at that smile). And what better venue for this reunion than Mershon Auditorium; the place I saw my first Wilco concert almost 5 years ago. It was a magical night to be sure, and one that left me anticipating my next impromptu meet-up with Wilco. 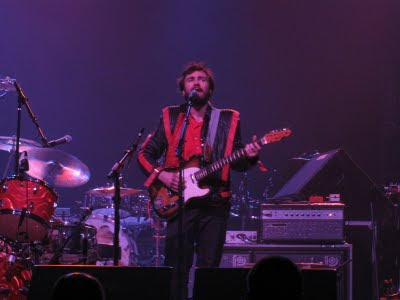 New Zealander Liam Finn and his friend Eliza Jane were the openers for the show, and continued the fine tradition of great groups Wilco has chosen to share the stage with. I wasn't extremely familiar with Liam's solo work, but I have really been enjoying the recent Champagne in Seashells EP he and Eliza Jane put out. Over the course of their set we got to hear some choice tracks off that record including "Plane Crash" and "Long Way To Go". However, the most notable aspect of their set in my mind is what a ball of energy Liam is on stage. The guy is one of those people who looks like he's having a ton of fun playing music, furiously attacking whatever instrument he picks up, be it guitar or drums. The chemistry between him and Eliza Jane was also really fun, especially their banter about the sexiness of their songs (Liam thinks they're all sexy, Eliza Jane thinks that Liam feels that everything is sexy). One of the highlights of their set was a totally improvised piece that alluded to the fact that they were playing in Columbus on Columbus Day. I think they won themselves some fans with that performance, and I certainly look forward to hearing more from this young duo in the future. 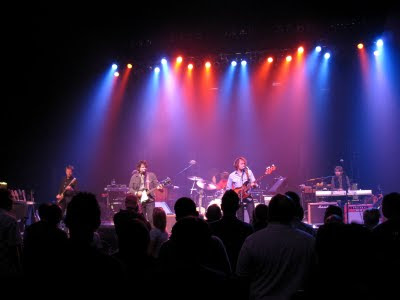 Accompanied by the opening strains of the Price is Right theme, Wilco took the stage at approximately 9:17, launching right into "Wilco (the song)". The set that followed included pretty much all the tracks I wanted to hear off the new record; a beautiful rendition of "One Wing", a mesmerizing version of "Bull Black Nova", "Deeper Down", "I'll Fight", and even the soft and pensive "Country Disappeared". Fleshing out the main set were choice cuts from the band's previous three albums, something that still draws complaints for some of the more die-hard fans. At this point, I've come to terms with the fact that I won't ever get to hear a ton of tunes from Being There or AM, that's what bootlegs are for. Personally, I really enjoyed the night's version of "At Least That's What You Said", especially Jeff's lead guitar work on the song. Another great moment was "You Are My Face", which is one of the quintessential live Wilco songs in my book, with its shifting tempos and moods. Partway through the main set, Glenn introduced the band with his electronic drum pad, triggering samples of a computerized voice going through the group's roster, ending with "Master of ceremonies, Jeff Tweedy". Liam Finn came back onstage to play "You Never Know" with the band, and drew comments from Jeff about how America had corrupted him and how potentially dangerous his Michael Jackson-esque jacket could be to his health. The main set ended with on of my favorite Ghost is Born tracks, "Theologians", and "I'm the Man Who Loves You" which was opened with some help from one of Glenn's new toys; a gigantic gong. 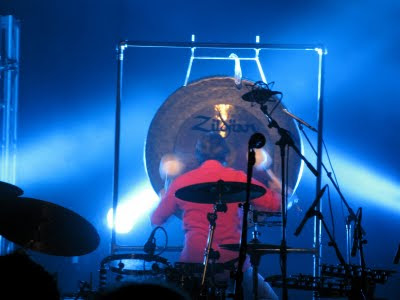 The encore set was a nice coda to the evening, working in a good mix of older and newer material. It started off with "Misunderstood", played for a little boy near the front who had been holding up a handwritten sign for a good part of the night. Liam Finn and Eliza Jane took the stage together again to join in on the perennial Mermaid Avenue favorite "California Stars". It hit me that last time I heard this song, the guy who penned the melody was still alive. I'm a little surprised, but kind of grateful that the band is still playing it. "Hate it Here" bled into "Walken" transitioning into "Monday" and before I knew it, we were down to the last two songs of the night. The band closed with the combo of a Nels and Pat solo-filled "Hoodoo Voodoo", a song I hadn't heard live before, and the always reliable "I'm A Wheel". It was an extremely fun evening with my friends Wilco, a testament not only to how much I still enjoy the music they make, but the experiences that music creates. 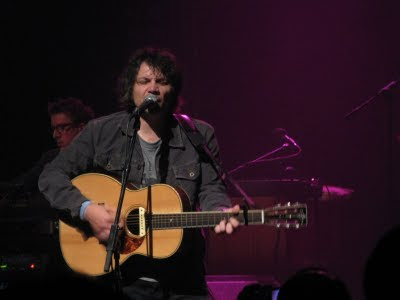 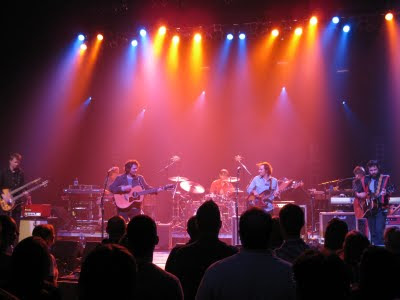 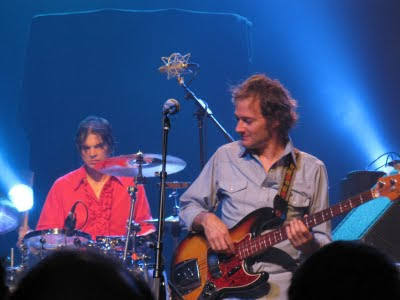 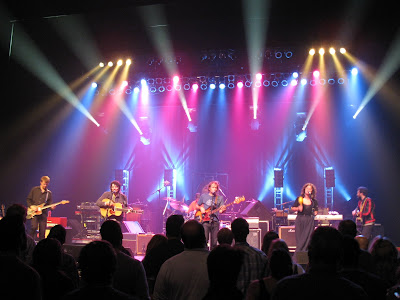 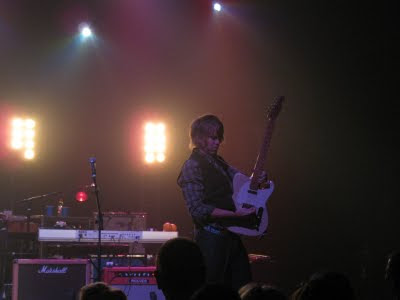 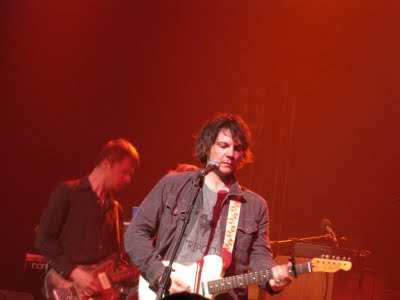