After years of making excuses, this year events conspired to make my first attendance of the Pitchfork Music Festival a reality. I was lucky enough to be there for all three days, and my experience ended up being worth every cent I paid for that privilege. You can read a bunch of very comprehensive recaps of the fest at just about every music blog on the web, so I'll just focus on my favorite bands of each day. The photos are once again provided by my Chicago tour guide/best friend Marilu, who accompanied me on my first foray into Union Park. 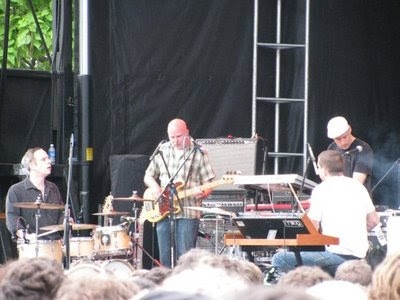 To be honest, Friday was the day of the fest I was most excited about from the get-go. I'm a pretty big Tortoise fan, and those guys don't tour a whole lot these days, so the chance to get to see them was hard to pass up. I missed their first song, but I arrived to the opening strains of "Djed" which sounded even better in a live setting, and was packed with tons of cool improvisational bits from everyone in the band. The other highlights of their set for me were spot-on renditions of some of my favorite tracks from TNT, including "Swung From the Gutters", "TNT", and "Suspension Bridge At Iguazú Falls" (complete with marimba and vibes!). I guess no one voted to hear any tracks off of It's All Around You, which is unfortunate because there are some good ones on that record, but it was just great to hear so much of their older stuff played live. 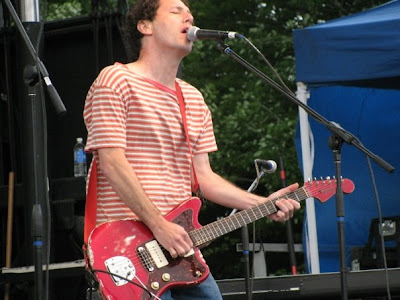 Next up was Yo La Tengo, a group that I've always heard great things about when it comes to their live show. The trio didn't dissapoint, delivering a set that was definitely heavy on the songs people wanted to hear, but not afraid to stray off into the weirder, more experimental tangents that the group is known for. One of the best moments of the set was their performance of "Mr. Tough", which stood in stark contrast to the rest of their set and was at once laughable and impressive. Another highlight was "Periodically Double or Triple", a track of their forthcoming record Popular Songs, which is a blues-rock number with a Yo La Tengo-twist. The songs I didn't know were a reminder of how much I need to aquaint myself with some of their older records, but their (or rather, the audiences') selection of tunes seemed to leave everyone, myself included, very satisfied. 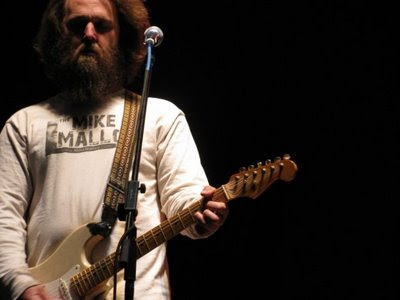 Initially, I thought that scheduling Built to Spill as the headliners for the night was somewhat of an odd choice. After seeing them play, there is no doubt in my mind as to why that spot went to them. The group effortlessly sifted through their entire back-catalog, playing a set that was heavy on the essentials. From the opening chords of "Liar" it was clear that the band was having a good night. Doug Martsch in particular sounded really great, with songs like "Else" and "You Were Right" showcasing his unique voice. Most impressive was the group's three-guitar assault on the sprawling You In Reverse track "Goin Against Your Mind", a true showcase of the volume and technicality of this group. Built to Spill ended up being one of my favorite shows of the weekend and a band that I'd definitely see again if given the chance.
Posted by Zach L. at 7:33 PM