Brian Harnetty's Beautiful Video, TV on the Radio on SNL


I don't believe I've ever mentioned Brian Harnetty on here before, but that's been a huge oversight on my part. A few years ago, I got turned on to some of his independently released work and ever since I've been a fan. This video for his new song "Sleeping in the Driveway", which features vocals care of Bonnie 'Prince', Billy, perfectly sums up what makes Harnetty's music so great. It's at once personal, beautiful and fragile, hitting all the right chords both emotionally and musically. The album from which this song was culled is entitled Silent City, and will be available via Atavistic Records in June. 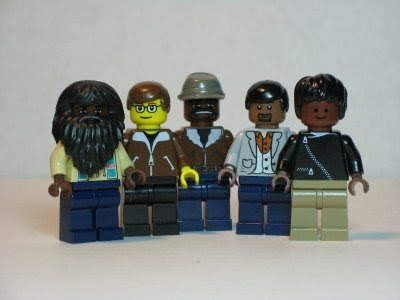 Tonight, Brooklyn's own TV on the Radio will be traveling a short distance to appear as the musical guest on Saturday Night Live. This continues what has already been a stellar few seasons of musical bookings on the show. Should be interesting to see what songs they end up playing; hopefully they just focus on material from 2008's fantastic Dear Science. I'll be staying up late to find out...
Posted by Zach L. at 5:55 PM