The New Year, So Far

Well, we've all survived the first week's worth of 2009, and I thought it would be a good time to catch up on a few things I missed in 2008, as well as highlight some more recent happenings. 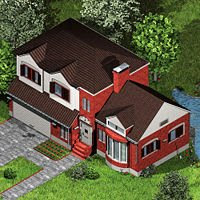 First up, I've been listening to David Byrne's and Brian Eno's latest release, Everything That Happens Will Happen Today, quite a bit after hearing some very kind words about it in several end of the year retrospectives. When I first heard of it, I kind of assumed it was something along the lines My Life in the Bush of Ghosts, the sample-based record that Byrne and Eno collaborated on in 1981. It was a bit suprising to find that Everything That Happens... is a straight-up pop-rock record along the lines of latter-day Talking Heads. The lead single "Strange Overtones", which is available for free right here, is pretty damn catchy and has been showing up on my playlist quite a bit lately. Byrne sounds just as great as he ever has, and Eno's work on the sonic-end is for the most part extremely enjoyable. I'm kicking myself for not catching this one earlier...

Next up, I feel it's once more time for me to comment on happenings on the Watchmen movie front. There have been a number of developments in the past few days over the date for the trial which will ultimately decide when or if this movie will be released. Warner Bros. wants the court date moved up from January 20 to the 12, because they claim they need to make decisions about marketing (Watchmen Movie News has a piece on that here). Really, I'm becoming more and more skeptical about this movie coming out on time. Unless Warner Bros. knows something we don't, it seems pretty clear Fox has a valid stake in this film. I'm really pretty suprised Warner Bros. is going ahead with this trial after the Judge's early decision in Fox's favor. Here's hoping there's some kind of ace up their sleeves that will result in the movie releasing on time. For a quick catch-up on the events surrounding and leading up to this trial check out this piece that MTV did, which features some quotes on the subject from 'Silk Spectre' Malin Akerman. The more interesting Watchmen tidbits that have popped up in the last few days are this viral website and the Japanese trailer, which showcases alot of alternate-history footage, some great looks at Nixon's Dr. Strangelove-esque situation room, and some great new shots of Rorschach. 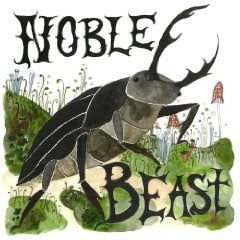 NPR has a stream of Andrew Bird's newest record Noble Beast, in its entirety. I liked what I heard; it's way more acoustic guitar/violin based than Armchair Apocrypha was, more in the vein of Mysterious Production of Eggs. My only complaint is that Dosh (who I gush about on a regular basis) is relegated almost exclusively to the drums on this record. I was a big fan of the keyboard parts on Armchair, and his talent just seems wasted when he's confined to a drum set. I did really enjoy the musical quoting of Dosh's "First Impossible" from Wolves and Wishes in one of the songs, but overall I felt his presence was sorely missing from alot of the tracks. I know, this IS an Andrew Bird album, but when these two guys are collaborating full-steam they're a force to be reckoned with and I didn't get that feeling here. Bird turns in some great violin looping performances as usual, and I think many of the fans that were a bit disappointed with the more electric direction of Armchair are going to be very happy with this one. But what's up with the horrible album art on the standard edition of the album? The deluxe edition's art (which I posted) is way cooler than that boring picture of a tree and some grass. The physical edition of the album hits your local record store on January 20, so I'll have a more in depth review sometime after that.

That's all I've got for today. I'll leave you with this Kotaku story which firmly positions the Nintendo Wii as the presidential console of choice. Look for the new year's first Long Box post this weekend...
Posted by Zach L. at 5:14 PM