Tapes on the Floor's Favorite Albums of 2008

Every visit to just about every music related blog or website over the past week has reminded me that I need to cash in on the end of the year list craze once again. Most of the lists I've seen thus far are pretty samey; lots of buzz bands and albums, the safe picks, and not much in the way of anything else. So, if you're looking for a list with Bon Iver, Fleet Foxes or Vampire Weekend on it try one of these. If I've still got your attention, here's my take (in no specific order) on what's worth your time and money from the past year in music: 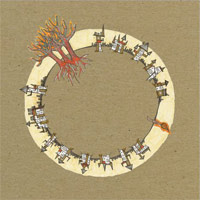 Wolves & Wishes - Dosh
I had to double check and make sure this record actually came out this year because I haven't seen it on a single 'Best of' list I've read thus far. That would make this album my number one most criminally under-appreciated record of the year. With Wolves & Wishes, Dosh expands his musical palette beyond that of his previous record The Lost Take. The same basic ingredients are still present; namely the Rhodes keyboard, a drum set and a looping pedal. But just as The Lost Take took Dosh into the realm of rock, Wolves & Wishes finds Dosh exploring more experimental territory. The song "First Impossible" is essentially nine minutes of droning guitar, made interesting by the way Dosh takes this sound and manipulates it, segueing into various different beats. "Bury the Ghost" features a vocal appearance from Bonnie Prince Billy, backed by a tribal drum beat and solo clarinet. However, the real meat of the record are songs like "If You Want To, You Have To", "Wolves" and "Capture the Flag" which show just how versatile of an instrument a looping pedal can become, creating catchy, unique songs that showcase all of Dosh's musical talents. If you're a fan of The Lost Take, or of the keyboard arrangements on Andrew Bird's last record (which were provided by Dosh) you owe it to yourself to check out one of this year's best albums. 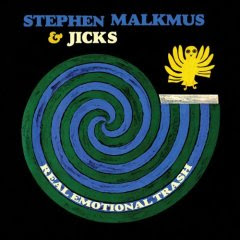 Real Emotional Trash - Stephen Malkmus & The Jicks
None of Malkmus' post-Pavement output has ever really interested me much; I'd come to the conclusion that the guy reached his musical peak with the group and was now content to fade into obscurity with sub-par solo albums. However, something really clicked for me after listening through Real Emotional Trash in its entirety. This is an album that Malkmus never could have made with Pavement. It's full of drawn out, jam-heavy rock songs that were never Pavement's strong suit. But with the Jicks as is backing band. Malkmus makes this seem like what he was born to do. One of the greatest things about this record is that it sounds like a band just playing through its songs; there aren't a bunch of overdubs or overly complex arrangements. Nowhere is this more apparent than on the albums title track which is ten minutes of uninterrupted jamming backed by an extremely competent rhythm section. Malkmus' vocals and unique intonation take center stage on tracks like "Cold Sun" and "Out of Reaches", reminding you that this guy can still write and sing. Real Emotional Trash is a group at its best, and the perfect antidote to the glut of over-produced rock albums on the market today. 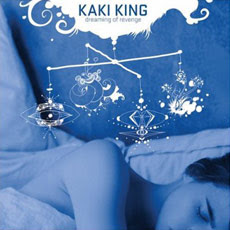 Dreaming of Revenge - Kaki King
Kaki King is way better at playing the guitar than you will ever be. She excels at a hybrid picking/finger-tapping technique that makes her sounds like she's playing multiple guitars at once. Dreaming of Revenge fleshes out this sound even further by backing her with drums and bass as well as overdubbing some immaculate solo work. The record is divided into instrumental and vocal-infused tracks, with the instrumental work solidly outnumbering the vocal efforts. At times, she's a pensive singer-song writer, as evidenced in songs like "Life Being What It Is" and "2 O'Clock". At other times, Kaki King is the unabashed rocker, providing both the vocal and guitar prowess that pushes a track such as "Pull Me Out Alive" to the next level. However, my favorite aspect of Kaki King's work are her post-rock tendencies which are brilliantly displayed in "Montreal" and "Air and Kilometers". This is a musician who's last record was produced by post-rock legend John McEntire, so she obviously knows what she's doing. Dreaming of Revenge was a great find for me in 2008, and I certainly look forward to hearing more from Kaki King in the future. 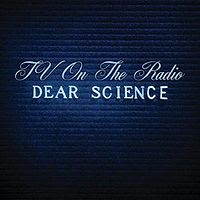 Dear Science - TV on the Radio
TV on the Radio have outdone themselves on their latest release, crafting a record that is every bit as fresh and different as 2006's acclaimed Return to Cookie Mountain. Dear Science is an unabashed pop record; it's got dance beats and catchy hooks. But what really makes it so exciting to listen to is that it takes the pop formula and turns it on its head. There is no other band out there that sounds anything like TV on the Radio, and this album seems like the realization of that fact. "Golden Age" takes a stilted rhythm, layers on some falsetto, Casio-handclaps and a horn section, and somehow manages to sound incredibly natural. All of this is underlined by smart lyrics that decry war, embrace love and suggest music as the solution to the world's problems. Just as Return to Cookie Mountain was an ode to a nation in ruins, Dear Science is a tribute to hope and reconciliation. Dear Science cements TV on the Radio as the Talking Heads of our generation; a group that is totally unafraid to make unconventional pop music with a strong message. 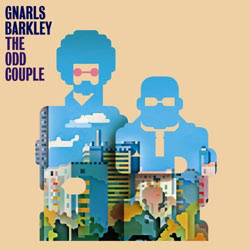 The Odd Couple - Gnarles Barkley
Gnarles Barkley's St. Elsewhere always struck me as the perfect one-off for both Danger Mouse and Cee-Lo. Then "Crazy" happened and everyone took notice. Expectations for their sophomore release The Odd Couple were understandably high and, while it didn't have a hit on the magnitude of "Crazy", it's a much better album than its predecessor. Danger Mouse's production is on the mark, capturing exactly the mood that each song requires. He casts Cee-Lo as the tortured soul man in "Who's Gonna Save My Soul" and "A Little Better" just as easily as he takes him into the realm of gospel in "Going On" and "Suprise". It's an album that deserves to be listened through in its entirety, if only to fully appriciate the bountiful and abrupt changes in scenery. Danger Mouse treats each Gnarles Barkley record like a movie, as evidenced by the film projector heard at the beginning and end of each album. He has a story to tell, and Cee-Lo is always the versatile leading man. This effort may not have been a blockbuster success, but it's sure to find its place as a cult classic for years to come. 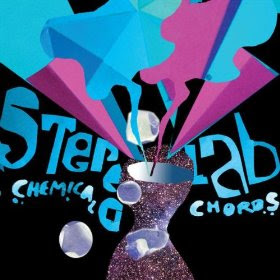 Chemical Chords - Stereolab
Most people's main complaint with Stereolab is that everything they do sounds pretty much the same. Chemical Chords probably won't convert anyone with this opinion, but it does manage to stand shoulder to shoulder with some of my favorite Stereolab albums of the past. This one compares nicely to Dots and Loops, sharing its emphasis on electronic backing and processed drum beats. Chemical Chords finds Stereolab sounding just as aimless as ever, but in that great kind of way that makes it the perfect background music. High points of the record include the brass infused "Three Women" and "Self Portrait with 'Electric Brain'" as well as the xylophone driven melody of "Silver Sands". My only regret is that this record finds Tim Gane and company playing things fairly safe. In my mind, the Stereolab classics are from the Jim O'Rourke/John McEntire produced era where the band was trying new things to mixed, but often enjoyable results. We may never hear that side of the group again, but Chemical Chords is a reminder that Stereolab is still great at what they do best. 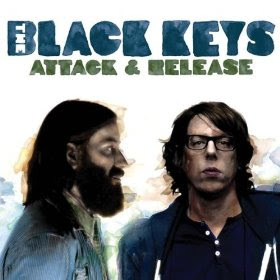 Attack & Release - The Black Keys
The Black Keys have gotten a bad wrap as of late. I found Magic Potion just as boring and predictable as everyone else, but their newest effort didn't deserve some of the harsher criticism it received. Attack & Release breathes new life into the Black Keys formula, thanks to the production work and guidance of Danger Mouse. Really, the only logical next step for the Black Keys was to expand their palette beyond the staid drum and guitar combo. Danger Mouse was able to do this in a tasteful manner that I doubt any other producer could have accomplished. The record still sounds distinctly like the Black Keys, but hearing the organ kick in throughout the last few second of opening track "All You Ever Wanted", it's clear that this is the band at a new level. My favorite moment on the record is the song "So He Won't Break" which finds the band channeling a sort of neo-soul groove, backed by a steady pounding beat and intricate, layered guitar work. In essence, Danger Mouse takes what the Black Keys are good at and casts it in new lights, resulting in their freshest record since Rubber Factory. 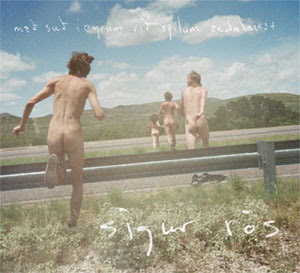 Með suð í eyrum við spilum endalaust - Sigur Rós
Listening through this one for the first time, I was found myself feeling unimpressed. This was far from the ingenious, lush, interlocking arrangements that had populated Takk. However this one grew on me fairly quickly. It's Sigur Rós doing something they haven't done very often as of late; trying something different. From the opening strains of "Gobbledigook" it's clear that this record is an entirely different animal. Most of the songs on this record are just the core members of the band playing songs, without much accompaniment. Another big difference is the abundant use of a brass section; a departure for the band, whom have relied on a string section for their past two albums. It results in a more regal and bold sound for the group, and is a stark contrast to their previously orchestral tendencies. Perhaps the weakest points on this album are when Sigur Rós attempts to go back to the well with the songs "Festival" and "Ára bátur". Both tracks push the nine minute mark, and are plodding affairs that build up to a grand climax within the last few minutes. In "Ára bátur" that climax includes a full orchestra and a choir backing the band which, even for Sigur Rós, seems like overkill. Perhaps inspired by the acoustic sessions they recorded for last year's double EP Heim/Hvarf, Sigur Rós has gone, for the most part, back to the basics on this record, and the results speak for themselves.
Posted by Zach L. at 7:14 PM