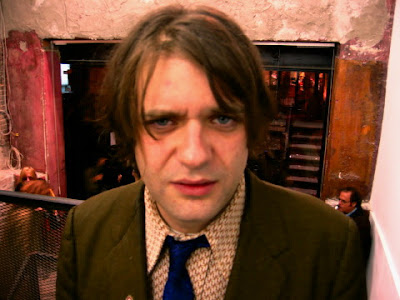 This is just the kind of news that warrants my first post of the new year; Jim O'Rourke is delivering a new album on Drag City records at some point this year. It's unclear as to if this will be a return to the more pop-oriented sound of Eureka and Insignificance or another decent into whining drones a la Terminal Pharmacy. Suffice to say, it's exciting to hear he's back to producing new material after a pretty significant lapse. To tide us over, Drag City will be reissuing the early O'Rourke release Tamper and the more recent but previously unavailable in the US Osorezan on May 20. Furthermore, Drag City imprint Streamline will be putting out a collection of previously unreleased live O'Rourke drone under the title of Long Nights. My only question is when we'll be getting a new Loose Fur album.

File this next piece of news under "Bands finally making a stop in Columbus": April 11 will see the arrival of the New Pornographers and tour-mates Okkervil River, who will be playing a show at the Newport Music Hall. The Canadian super-group were conspicuously absent from our capital city when they toured in support of Twin Cinema. I just hope Neko Case and Dan Bejar are being included on this tour, as it just wouldn't be a real New Pornos show without them, but from what I can tell, both have open schedules through the month of April. The inclusion of Okkervil River on the bill is a nice bonus, I enjoyed The Stage Names quite a bit, and I hear they put on a sweet live show. A pretty long wait until this one actually happens, but I'm definitely excited about it.
Posted by Zach L. at 1:50 PM