I Shall Be Reviewed 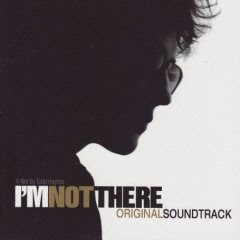 I'm Not There Soundtrack - Various Artists
I'm still not sold on the concept of the movie; a little too artsy for my tastes. The soundtrack is a totally different story; Dylan covers from the likes of Calexico, Cat Power, Sonic Youth, Yo La Tengo, Stephen Malkmus, Jeff Tweedy and the Black Keys just to name a few. While a few artists turn in pretty standard approximations replete with faux-Dylan vocals (Cat Power's Stuck in Mobile is likely the best of this catagory), others provide some pretty unique interpretations that make for a fresh sounding listen. It's almost predictable at times; a blues-stomp take on "The Wicked Messenger" by the Black Keys, a meticulously arranged brass-heavy rendition of "Ring Them Bells" care of Sufjan Stevens, but this approach tends to work. And then there are the perfect moments like Yo La Tengo channeling the Band on Blonde on Blonde outtake "I Wanna Be Your Lover" or Stephen Malkmus ripping through "Maggie's Farm" backed by Lee Ranaldo, Steve Shelly and Nels Cline. It's one of the better artist-centric soundtracks I've ever heard, and a worthy tribute to the timeless quality of Dylan's music. 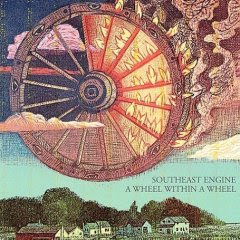 A Wheel Within A Wheel - Southeast Engine
My new hometown of Athens, Ohio seems to have a big thing for folk rock. The poster-child of the scene is local group Southeast Engine, who were recently signed to the independent Misra records, and have just released their first album for the label. A Wheel Within A Wheel exemplifies everything a homespun group like this should sound like; namely a minimal amount of studio gloss and a focus on capturing the group in an accurate way. The band's sound evokes the alt-country gamut, ranging from Ryan Adams to Being There-era Wilco. Highlights of the record include opener "Taking the Fall" and the Oakley Hall-esque "Quit While You're Ahead". The band also shows an impressive use of a string section on slower numbers like "Reinventing Light" and "Oh God, Let Me Back In". If this album is any indication, Southeast Engineis well on its way to joining the ranks of the aforementioned alt-country heavy hitters.