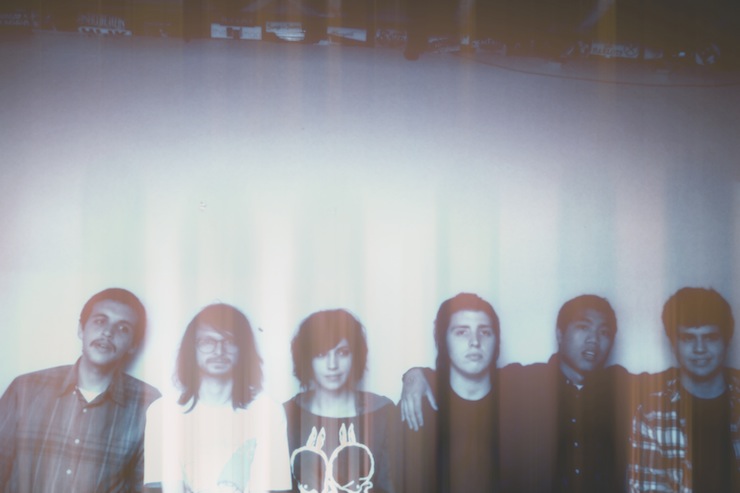 Hailing from the Bay Area, Whirr understands how to harness the moody ambience of the shoegaze style without losing its cinematic scope. On "Swoon" (culled from their upcoming Around EP) the group channels a sound that falls somewhere between that of Slowdive and My Bloody Valentine, layering waves of woozy guitar on top of a thunderous, resolute rhythm. The nebulous voices of Kristina Esfandiari and Loren Rivera act as a persistant textural presence, anchoring the track as it builds toward a series of climactic, euphonious choruses. Bolstered by a six-piece line up, Whirr produces a big sound with an equally large payoff.

Around will be released by Graveface on July 7. Whirr will be on tour in August.