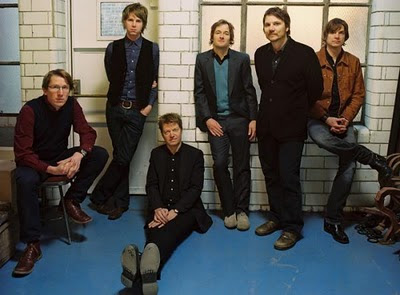 In an interview with Express Night Out last summer, Wilco guitarist Nels Cline alluded to the band starting a label of their own once their contract with Nonesuch came to an end. Months later, it appears as if Cline's predictions have come to pass as the group today announced the formation of its own dBpm Records. Longtime Wilco manager Tony Margherita will run the label from its headquarters in Easthampton, MA, and distribution will be handled through ANTI- Records. The label will release future Wilco records and could conceivably act as a home for side-project releases from band members as well as friends and contemporaries.

"This is an idea we've discussed for years,” said Tweedy in a statement issued by the label. “We really like doing things ourselves, so having our own label feels pretty natural to me. And, to be working with ANTI- a label that has its roots in a label that was started by a punk rock guy to sell his own records seems like a perfect fit for us.”

Wilco is currently hard at work recording their next record at "The Loft" in Chicago and will be returning to MASS MoCA in North Adams, MA to curate and perform at the second edition of their Solid Sound Festival from June 24 - 26.
Posted by Zach L. at 6:49 PM