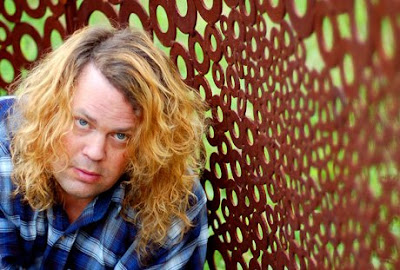 Last night brought the sad news that former Wilco member Jay Bennett had passed away in his sleep early Sunday morning. I think many Wilco fans have a complicated relationship with Bennett as both a person and a musician, thanks in no small part to his portrayal in the film I Am Trying to Break Your Heart. However, I think the outpouring of grief over at Via Chicago shows that most Wilco fans sincerely appreciate the contributions he made to the group's music and remember him as being a genuinely nice guy.

There's currently an effort underway to get his last completed record released on vinyl through donations by fans. I can't think of a more fitting way to commemorate Bennett and his work, I encourage you to check it out here. Here's hoping that someone sees fit to release the album he was working on shortly before his untimely death.

I never had the chance to see Bennett with Wilco, but to me he'll always be remembered as a person who made significant contributions to some of my favorite albums. From this point forward listening to Being There, Summerteeth, Mermaid Avenue or even Yankee Hotel Foxtrot will carry additional meaning for myself and thousands of Wilco fans. My thoughts and condolences go out to Bennett's family and friends, truly a great loss.
Posted by Zach L. at 12:28 PM